Earlier this year, just after Ann Coulter's annual bout of verbal dysentery at the CPAC conference, Glenn Greenwald wrote an excellent piece in Salon(watch the ad to see the post) from wheech I would like to quote the first few paragraphs, purely to help others play connect-the-dots:

The right-wing cult of contrived masculinity
(updated below)
In a very vivid way, this Ann Coulter moment is shining a light on the right-wing movement that is so bright that even national journalists would be able to recognize some important truths if they just looked even casually. Kirsten Powers was on Fox last night with Bill O'Reilly and Michelle Malkin and, as shocking as it is, Powers managed to ask the only question that matters with this whole episode, thereby forcing Malkin to make the critical concession, the one which right-wing pundits have been desperate to avoid:

KP: [Coulter] has said a lot of horrible things . . . . she's done all these things. And I don't understand why if this is the pre-eminent conservative movement place to be speaking, why she is chosen as a person to speak . . .

BO: Why do you think they invited her, Michelle?

MM: She's very popular among conservatives. And let me say this. I have been a long-time admirer of much of Ann's work. She has done yeomen's work for conservatism. But I think, lately, over the last couple of years, that there has been this penchant for hurling these kinds of bombs.

And there is a divided opinion among grass-roots conservatives about what she did. I was one of the people who condemned the raghead comment last year . . . . If going into 2008, that is what the Republican Party is trying to do and win back the Congress and take the Congress and win the White House, having her there is not going to be a help.

This is why -- the only reason -- Coulter's remarks are so significant. And the significance lies not just in this specific outburst on Friday but in the whole array of hate-mongering, violence-inciting remarks over all these years. Its significance lies in the critical fact that Malkin expressly acknowledged: "She's very popular among conservatives." The focus of these stories should not be Coulter, but instead, should be the conservative movement in which Ann Coulter -- precisely because of (not "despite") her history of making such comments -- is "very popular." (Note, too, that Malkin urges that Coulter be shunned not because her conduct is so reprehesensible, but because her presence "is not going to be a help" win the 2008 election)

(emphasis Greenwald's except for the first statement een bold)

Greenwald, as usual, heets the nail on the head as to the matter of Coulter's popularity among Movement-Conservatives.

Now, intrepid and perspicacious journalist Sara Robinson, from Orcinus, has a more specific answer to Kirsten Power's question about

My, my, my. It's such a cozy little world… especially if you're a conservative.
We all know Ann Coulter's said some grotesquely hateful things over the years. What you may not realize, though, is how many of the most memorable bombshells got dropped in just one venue. She seems to save up her most horrific stuff for the annual CPAC conference, where she's been a fixture for many years. In fact, looking back on just her CPAC performances alone is a fairly comprehensive summary of Coulter's most gobstopping moments:

Mrs. Robinson lays out a number of Coulter's sheet-headed audible gnashings from past CPAC conferences, and leaves no doubt about one theeng.

Kicking Coulter out of CPAC would be like kicking Cheney from the Republiculo party, and ees just about as likely to happen.

Go, read the whole piece to get the full effect, Coulter and CPAC are intertwined. Greenwald was more right then he knew.

As for Malkin's recent tiff weeth Ann (& her leetle cabana-boy), I would just like to point out that while CPAC security apparently allowed Michelle Malkin to be accosted by a someone more dangerous than a serial killer, they were going above and beyond the call of duty to protect poor, helpless Ann from thees guy: 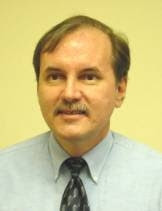 (Dan) Borchers is the most mild-mannered, humble Christian. He is critical of the way Ann Coulter has "mainstreamed extremism" and has written articles about her. He accused her of plagiarizing her early books, and at the CPAC conference two years ago, he tried to distribute press kits calling for Coulter to stop her hate speak.

...and just for that, when Borchers made an appearance at CPAC thees year, he was grabbed, roughly dragged around the conference area, threatened, publicly embarrassed, and allegedly assaulted.

I guess we know where their priorities are, no? 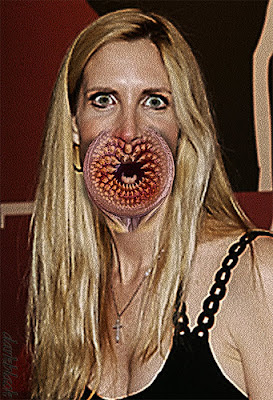