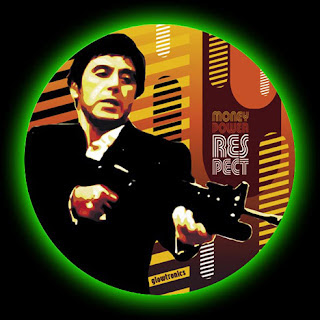 The events, how they overtake one, earlier thees week, ¡El Gato Negro! posited that eef los bloggeros weere ever to be respected by the traditional media, one of the theengs they would have to embrace was a scrupulous accuracy.

Of course, een just that few days, some leading lights en la blogsfera begin to get the grudging nod from The New York Times (FDL), and the L.A. Times (TPM).

Now, joo must understand, ¡El Gato Negro! had geeven thees matter less than a Goldbergian amount of thought, so perhaps eet was predictable that he would make hees case een an unwieldly manner. Wheech ees no to mention that the mighty paws of ¡El Gato Negro! are unsuited to the straightlaced regimen of the standard qwerty-type keyboard, wheech may have aided ¡El Gato Negro! een inadvertently mis-stating hees thesis.

He deed no mean to suggest that la blogsfera ees innaccurate, only that the commonly held misperception that we are such should endeavour us to strive for accuracy, as a watchword, and a hallmark of all the bloggers who would be said to have integrity, both een the stories we report, and een the targets we choose.

Nor deed he mean to suggest that all bloggers should stoop to gain the affection of la sociedad de los frotcaionados profesionales de la prenza, apestosa maracon des playas sin cojones qui chingas ses madres that they are, nor las Democratistas Invertebradas and their leek-speetle toadies een the Consultaría politica.

"It's also time for [them] to show influential liberal bloggers a little love."


He was speaking of the WashingComPost een particular, but the same sentiment has been expressed more widely, about the media een general.

No, no... joo would need to have a pretty funny definiton of "respect" to theenk that ¡El Gato Negro! would endorse such a theeng.

Allow me to geeve joo half a dozen examples of what ¡El Gato Negro! means when he mentions the traditional media "showing respect" for los bloggerros.

-Katherine Q. "Kit" Seelye is relieved to learn that she can use Norbizness as an anonymous source on background, and refers to heem as "the left".

-On "Reliable Sources", Kate O' Bierne, Howie Kurtz, and George Will squabble over who gets to present Jane Hamsher weeth the Sacred-Bejeweled-Weenie-Tongs.

Thees, then, ees what ¡El Gato Negro! means, when he says the traditonal media should "show respect" to los bloggerros.

The goal ees eminently attainable, the point of my last post was seemply that accuracy ees an essential, an "Integral" part of the engine that weel get us there. Accuracy een the sense that los bloggerros must remain streectly accurate to be trusted as a primary source of information, and een the sense that we must be accurate regarding our choice of targets. Some sources of poisonous discourse are too large to be effectively addressed by la blogsfera alone, some are weetheen range, and can be pressured to reduce or reform their ruinous effect, or pay a price een advertising dolares and loss of influence weetheen their political party.

I regret any confusion that may have been caused, and so, to illustrate my point, I would like to apply an instructive visual metaphor.

The role of los bloggerros ees portrayed herein by "Becky", a tailess calico of the sort that reportedly made Ex Attorney General John Ashcroft "anoint heemself".

The role of the traditional media ees portrayed by FOX/WJW Cleveland's Kathleen Cochrane.

One final note: Een anticipation of an attempt by some to suggest that by presenting the behavior of la gata calica as a metaphor for the relationsheep of los bloggerros to the traditional media, I am advocating violence:

Nothing could be further from the truth, and een support of thees statement,¡El Gato Negro! weel endeavour to next publish the full transcreept.

Comments:
I love that video.

And yes, it's time the MSM gave it up for liberal bloggers.

She ees a theeng of beauty.

About the wonderful, very pleased to see this article, learn some things, and view the text is recognized. Thank you for sharing. At the same timei love Roll Assembly
Good writing, and I very much agree with your thoughts and insights. Hope that more could write such a good word, I said, to continue coming to visit, thank you for sharing.i love Straightening Machine