Props for Armando: One of the Online Integrity originators, Armando, has linked here and called it a "funny spoof." You have to give a guy props for being able to take a joke, so, Armando, here are your props: 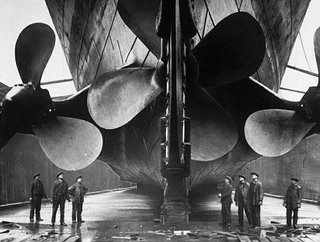 They're from the Titanic, but that's about all we can afford around here in the nosebleed seats of the Internets.

On another note, the lovely and talented Spork has designed a nifty little bit of sidebar art for all of our fabulous signatories! 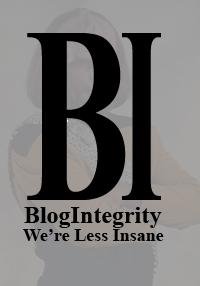 Whaddya think? I am all for it, meself. Worf has never looked so good!

Incidentally, I note we're having more of a discussion of ethics over here than they are over there. Very few new comments. I really did try to engage, well, civilly with Aziz Poonawalla, but that, uh, got nowhere. Oh well. I'd still let him download our logo, though! And why not? Spork will be getting a nickel from Soros whenever anyone adds it to their sidebar.

UPDATE: Though one cavil about the logo -- are we going to get requests to rent out Worf for private 3-ways?

Comments:
I very civilly made some thought provoking satirical comments over at online integrity.

The gist of my comments were A) I made a complaint that when Kesher Talk founder Judith Weiss figuratively said the LA Times was guilty of sedition (and hence all liberals were too), that she showed no online integrity. Saying people that disagree with you are traitors is not civil discource, is not part of an well founded argument, it is merely an attempt to smear. And B) That in their fifth post, the post started with an nasty partisan slam at the left stating those on the left that were slow to sign their pledge indicated that the left was less moral or somethign like that. It was so outrageous that even Josh Trevino found the need to clean it up, although they wouldn't admit that in the post itself, only in a comment "below the fold". I pointed this out to Poon, and asked what he made of that.

The result was that my comments were deleted, silently, and I was banned.

There was never a harsh word, nor was there any posting of any private information.

I'm not entirely convinced we're less insane, but since I have no integrity, I am willing to make the assertion proudly. I like the logo.

are we going to get requests to rent out Worf for private 3-ways?

Is that an hourly fee or a per-act charge?

It's nice to see that blogintegritudity has come out of the bi-closet.

I like it but we could use a smaller version as well - 150px wide, perhaps?

I'll try it here and see what it looks like. I also found a silver ring we can give to our indoctrinees..err... free-will pledges.

Since I don't have a blog. I thought I put it on my personal stationary and calling cards. That's ok, isn't it?