Rundowns of the KSFO Pity Party 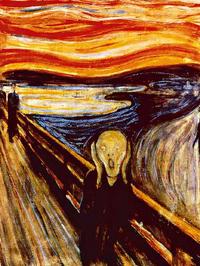 This is meant as a roundup of commentary on the KFSO Pity Party today, where Melanie and her gang sang their woeful lament at how big 'ol mean Spocko made them cry.

Sinfonian gives a running account of the festivities here.

OBI's own Ripley rips into 'em in his DKos incarnation.

Crooks and Liars adds their perspective.

Update from Phila: Too Sense makes a good point about the KSFO supporter who called for wiping out "Mohammedism" with nukes (because "the only cure for cancer is radiation"):

At one point, a caller called Islam "Mohammedism" and advocated for using nuclear weapons against Muslims everywhere. Needless to say, the KSFO hosts instead warned liberals to be civil when they call.

Heh indeed, as the cognoscenti say.

Also, if anyone has a clip of Rodgers claiming that people who were offended by Spocko's clips are "gullible dolts," please send it along to one or another of us OBI folks. I really think it deserves wider circulation.

[Rip adds] - Over the weekend, I checked out KSFO's website - just rummaging around, as I'm known to do. There were a good 15 or so advertisers on their KSFO Advertisers page.

Comments:
Thanks for the linky, Thers. Remind me to buy you a side of bacon when we meet.

I've expanded on one more lie from KSFO, if you're interested.

I heard about twenty minutes' worth in the car. Sweet Jesus, those people are stupid.

1) Rodgers claiming that his call for testicle-torture was simply a call for capital punishment.

2) One of 'em claiming that people who were "misled" by Spocko (i.e., their advertisers) were "gullible dolts."

3) Sussman claiming that he wasn't calling for torture in Iraq; he was simply reciting a scripted "bit" (that just happened to show how totally fucking awesomely effective torture is). He definitely came off as the biggest whining weasel of the bunch.

4) The caller who "supported" them by saying that Mohammedanism is a cancer, and the only thing that cures cancer is radiation.

I really don't think they thought this whole thing out very well.

Requesting cute hookers would be a start. I'm not sure what 'or what?' means... do you have a brochure?

You know Tacitus never thanked me for the link I gave him here. I can't say why. It's a nice link.

Athenae's blog has been suspended.... huh?

Suskind, she'smigrating it to Typepad.

ahh... good... thanks
y'no with the site pulling goin on, i was a little touchy

Hey, the airwaves belong to US not them!
http://www.fcc.gov/cgb/complaints.html

wow.... the advertisers page has disappeared. I have a list of what was there, and I'm pretty sure they're still sponsors of KSFO Hate Speech Radio.... so is the station just trying to avoid hearing back from these folks?